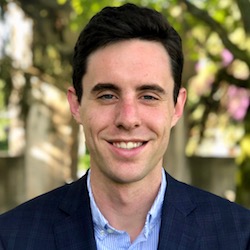 I am a PhD student in economics at MIT. My current research is in the fields of public finance and labor economics.

Until May 2022, I am on leave from MIT to serve as a Staff Economist at the U.S. Council of Economic Advisers. The research below represents my views and not those of the U.S. government.

From 2016 to 2018, I was a graduate student in economics at Oxford on the Rhodes Scholarship. I studied economics as well as statistics and machine learning at Princeton as an undergraduate.

My popular writing has appeared in Bloomberg, The Financial Times, The New York Times, The Washington Post, and Vox. From 2012 to 2014, I co-wrote the daily "Wonkbook" public policy newsletter with Ezra Klein.

"The Price of Inclusion: Evidence from Housing Developer Behavior." R&R, Review of Economics and Statistics. Selected as Best Student Paper at the 2020 Urban Economics Association meeting.

| | Slides
In many cities, incentives and regulations lead developers to integrate low-income housing into market-rate buildings. How cost-effective are these policies? I study take-up of a tax incentive in New York City using a model in which developers trade off between tax savings and pre-tax income. I estimate the model using policy variation and microdata on all development from 2003 to 2015. The citywide marginal fiscal cost is $1.6 million per low-income unit. Differences in neighborhoods, not developer incidence, explain the cost premium over other housing programs. Weighing costs against external estimates of neighborhood effects, I find middle-class neighborhoods offer "opportunity bargains."
City Observatory, U.S. Department of Housing and Urban Development.

A crosswalk, with allocation weights for imperfectly matched codes, between the 2012 Census and NAICS (2- to 6-digit) industry codes. It completes a deficient "crosswalk" document by the U.S. Census.

The first official published input-output table for the U.S., covering 192 industries and constructed by Wassily Leontief and the Bureau of Labor Statistics. I found this document, to my knowledge lost for many years, in the Harvard University Archives in July 2019. I thank David Atkin for financial support to preserve and digitize these documents.